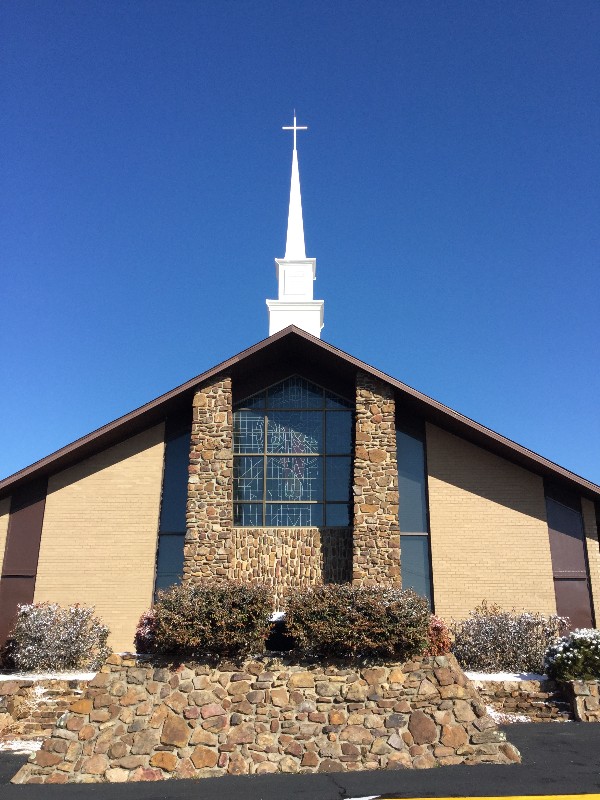 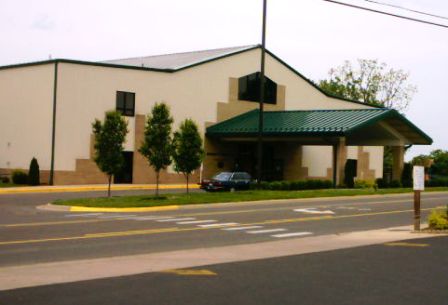 On February 4, 1951, Pastor George Harms conducted the first services for a group of Lutherans who lived in the Mountain Home area. The first meetings were in homes and then later in a funeral home and the basement of the Presbyterian Church. In 1959 the name Redeemer Lutheran Church was chosen. When Pastor Harms became ill, the church group turned to Concordia Seminary to send students to hold services.

From 1961 to 1968 Rev. E. Knoernschild served both Mountain Home and Harrison churches. At that time there were about 120 communicants. Later Pastor Erhard Roth became the first full time pastor of Redeemer. The church purchased land which eventually amounted to four acres. A new church building was planned.

On November 12, 1973, the first church building was dedicated for the growing congregation of Redeemer. In November of 1973 Rev. Eldon Winker of Venedy, Illinois, was installed to serve primarily in the area of education and youth. Later in that year a fire caused by lightning struck the Fellowship Center and destroyed it, the library, and the office. However, by April of 1974 new facilities were ready for use.

After Pastor Roth's retirement in February, 1980, Pastor Elvin Riemer assumed duties as Interim Pastor. In December of that year Rev. Kenneth Lampe of Zion Lutheran Church, Ulm, AR, was called to serve as pastor. A decade later in 1990 an Associate Pastor was installed, Pastor Kenneth Taglauer, and Redeemer had two full time pastors.

By 1995, the expansion of the membership and ministries had grown to the point that the congregation asked Mr. Alex Pavlenko, a church growth specialist from St. Louis, to come to Redeemer to help with a five-year plan in order to carry out its mission statement: "to follow Christ by sharing the Gospel, serving people, and loving one another." This eventually lead to the expansion of the facilities to a new Family Life Center.

In 1998 Pathway Ministries of Escondido, CA, was brought to Redeemer to help institute a program of spiritual renewal and stewardship growth. This campaign was called "Hearts Ablaze". This program tries to involve everyone in the church into a closer fellowship with each other, and the program offers a way to reduce the debt for the building programs.

In August 2003, Pastor Lampe was called to be president of the Mid-South District Lutheran Church Missouri Synod in Memphis, Tennessee. Several Interim pastors served for nearly four years until in June 2007, Pastor David Gadbaw, who had been pastor at Lutheran Church of the Lakes in Addison, Michigan for seventeen years, was called to serve at Redeemer.

In November 2007, Pastor Kenneth Taglauer, who had been associate pastor since 1990, retired. He is still living in the Mountain Home area. In early 2008 a new program known as Bridge to the Future was started to pay off the Family Life Center debt, to upgrade Redeemer's facilities, and to plan for future growth.

June 22, 2008, Vicar John Easterling was installed for his service at Redeemer, and then ordained and assumed associate pastor position in June 2009.

In December 2016, Pastor David Gadbaw, who had served as Senior Pastor since June 2007, retired, and in January 2017, Associate Pastor John Easterling accepted the call to Senior Pastor and was installed.

In August 2017 Pastor Thomas Presley accepted the call to Redeemer after graduation from the Ft. Wayne Seminary and was ordained and installed as Associate Pastor in September of 2017.

In October 2019 Associate Pastor Thomas Presley accepted the call to be the Pastor at Zion Lutheran church in Chanute, Kansas.  At the same time Pastor Easterling announced his intent to retire at the end of 2019, but to serve as Interim Pastor at Redeemer until a new Pastor is called to Redeemer.